I don’t doubt that the world of traditional repertory opera will eventually be dragged – probably screaming – into the twentieth century with the rest of us.

Of course by then it will be the twenty-first century…

Over the summer I’ve been making a concerted effort to introduce a new element into my writing. I’ve been fascinated by Philip Glass ever since hearing works like Einstein on the Beach and Music In Similar Motion on a TV documentary in the late 80’s. One of his distinctive approaches is his use of additive structures. Like playing a 5 note repeating phrase then adding a 6 note phrase – like this.

Adapting an approach like this to a pop music isn’t easy. But I remembered when I first picked up the minor 4 chord (iv) from studying the Beatles I just kept trying to fit it into every song I wrote till it became just another option along with all the other chords I know.

Additive pieces tend to be linear which doesn’t make for good pop songs So for these two songs I tried to apply the concept in slightly different ways.

On Different I had one chord sequence

that runs throughout the entire piece. The additive element was to slowly overlay a note at a time so that initially you can’t tell what the sequence is, allowing your brain to fit in the missing notes (wrongly) so that when you hear the next sequence you’re tricked into thinking it’s a new sequence

counting part A A Ab G#

some of the missing notes are filled in by the melody.

I did a similar thing with the rhythm on the counting section. By pulling out the drums and accenting every third beat you think you’re hearing a time signature/tempo change but you’re not.

For Fresh Meat I started out with chords that change with the addition of another note. So the guitar opens with a G5 chord (G D) but when the bass plays an Eb underneath the chord becomes an Ebmaj7 (Eb – G – Bb – D). Next a F5 chord becomes a Dm7 with a D underpinning it. As the sequence repeats (Her brother spends the hours…) the bass and guitar reverse roles. The bass plays a G (implying a Gm chord) and the guitar adds an Eb5 (making an Eb/G). This switching roles occurs in the same way in the chorus.

The most encouraging thing happened writing the bridge where I spontaneously played around with the timing of the D/F#, G, Gmaj7/B, Cmaj7 progression. Without planning I naturally added two beats to each repeat. So the first line (an ivory tower..) lasts 3 bars, the second (a cold mausoleum…) lasts 3 and 1/2 and the third (a place to look down from…) 4 bars.

Different was inspired by A Friend Like Henry a book about an autistic boy, who asked his mum, “who is ‘different’. Is it me or you?”. Waking parents up in the middle of the night with the offer of counting the stars also appears in the book. I decided to do the counting in the middle because I know someone who is autistic who loves Knee Play 5 from Einstein On The Beach which consists, in part, of people counting. Autistic people can struggle to cope because of sensory overload so I decided to reflect that by having 4 different drum loops and many overlapping vocals saying slightly different things all happening at the same time.

Fresh Meat was more a stream on conciousness thing. “There goes the wreck of a fine man” was a line I adapted from Stephen King‘s Salem’s Lot and “Sticking two bruised fingers up at the world” came from a magazine article. The original first verse about prostitutes was too cliched and preachy so it became the second verse and I changed out the offending lines with new ones that had the same rhymes or vowel sounds.

You can download free demos of the songs here

If you want to know more about Phillip Glass I’d highly recommend Glass – A Portrait Of Philip In Twelve Parts by Scott Hicks.

Tell yourself, every time you play, that the world will not end and people will not hate you just because you make a mistake…

Today I was writing reports for pupils. (yay teaching!)

I wrote the above in a report for a very nervous student. I didn’t add the following, though it would also be good advice –

The world will end and people will hate you, but it won’t be just because you make a mistake on the guitar 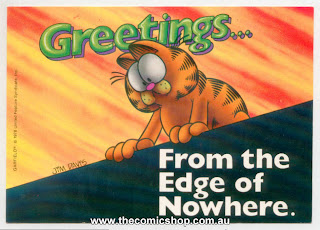 I’m still chipping away at Never Be Silent. I know what Philip Glass means when he talks about writing at the very edge of what he can hear. That’s what I’m doing musically and theologically. Every evening I’m looking at a bewildering musical puzzle and eventually fitting in one more piece of the puzzle saying “Yes. Am will work there in place of A major”. Or “Yes.’Take more poison’ sings better than ‘drink more poison'”

The only way through is to record it now without trying to perfect it first. I can understand very complex music and sift through theological nuances when they are there in front of me. But when it is all in my head it’s so hard to understand what I have.

I know it will not I’m pretty sure it will not be a great song. I’ve already written one bad song with this idea. But having pushed myself I know I will be a better writer for finishing it. And my compositional comfort zone will always just be that little bit bigger. 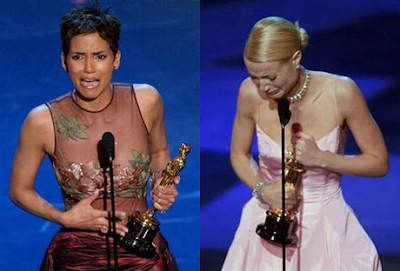 Not that I came first or anything. As far as I can tell I was the 111th person to cross the finish line and complete the ‘write an album in February’ challenge, by writing 14 song.

But I won. It says so on my FAWM page.

I’d like to thank my agent, my parents who always believed in me, my stylist….

No really I’d like to thank my very understanding wife for being a FAWM widow and still encouraging me to write some more of MY songs (by her reckoning I’ve only written 6 songs so far), Ali Smith for lending me the recording gear, and you dear reader for spurring me on with your comments and encouragements…

I’m way too tired to write much because I’m pooped and I’m still writing. I’ve posted 16 songs so far and I still have a few more pupil co-writes to finish up.

The song that pushed me over the edge (in the best sense) was a co-write with Alfalfa from Texas.

The song is called Victoria and you can download it here.

If Philip Glass had to write a 12 bar blues of spurned love for Jack The Ripper: The Opera – this would be it.

All the other pupil co-writes (8 and counting, including the infamous I broke my leg on a monkey and the terminally sweet I like to play the guitar) are on the 2011 download page.


Other free songs by Matt Blick