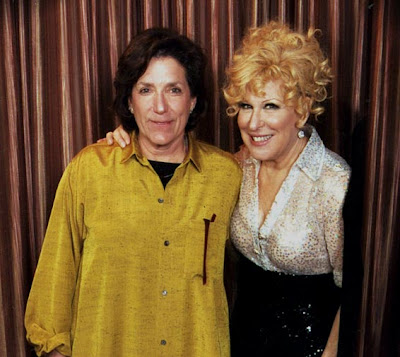 Julie Gold has a really interesting story to tell about writing her multiplatinum hit From A Distance and she told it to Performing Songwriter.I don’t really identify with all the lyrics (“God is watching us from a distance”? Not that comforting…) but her story is both sobering and inspiring.

Julie was working as a secretary for HBO when she wrote the song (in two hours!) and within two weeks her demo was getting radio play. Soon after recording artist Nanci Griffiths was calling to ask if she could record it. Nanci recorded it and sang it all over the world and three short (!) years later Julie played the song with her at Carnegie Hall. But here’s the sting in the tail.

Julie was still working as a secretary, living in a one room apartment and barely scratching a living. Four years after writing the song and armed with a loan from her parents, she quit her day job. During that time Julie got her first foreign royalty cheque. Then Bette Midler recorded the song which led to Julie winning a Grammy for best song in 1991.

And in 1991 she was still living in the same tiny apartment.

From A Distance is now 26 years old and after 33 years of pursuing a songwriting career Julie has a condo (and presumably a reasonable income). She says

I have heard “From a Distance” in many languages. I have felt it in Braille. I have heard it on music boxes and in elevators. I have read it on greeting cards and in children’s books. And it has been played for astronauts in space. It is nothing short of a miracle, and I am never anything but amazed and grateful that the miracle happened to me.

Behind the song: Great Is Thy Faithfulness
The Morning After The Day You Saved The World