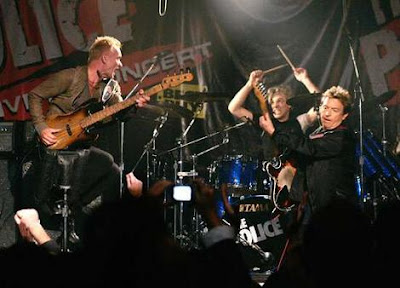 Working with me (on drums) requires an unreasonable tolerance for chaos. Strange how that contrasts with my composer gig, which is autistically meticulous. When I get on my drums I’m not the urbane but brisk professional anymore. I’m a hairy-assed silverback swinging through the trees.

Stewart Copeland puts the cause of drummer equality back a hundred years by comparing percussionists to gorillas.

Seriously though, I just finished reading Stewart’s book and found it very entertaining. He has a way with words and a great store of anecdotes. Playing in school fundraiser supergroup The Grateful Dads with Gene Simmons and Steve Stills, drumming inside a lion cage and getting Rage Against The Machine to group hug while singing Kumbaya, it’s never boring! 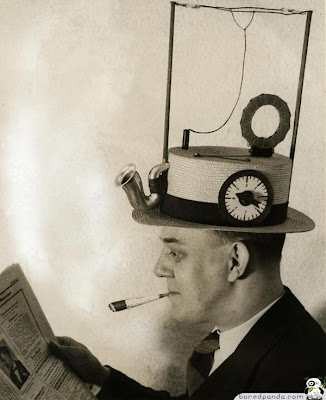 It could be something as simple as

Hallelujah (Leonard Cohen) – where he plays the chord progression he is describing in the lyrics (“it goes like this, the fourth, the fifth” etc)

or an overall feel as in

or anything in between.

So here’s the plan for 2012. (Place “I’m going to attempt to” before ever phrase and “this is subject to change” after).Record a 4 track EP and 1 extra bonus track to give away
Title: Everything We Lost In The Fall Rootless/Artless
Base it around electric guitar and vocals with one or two eclectic instrument choices per track
Con as many friends and family as I can into playing, photographing, doing artwork etc
Release in early Mar (this is already feeling too optimistic)
Release it (download only) via CD Baby to iTunes, Amazon and probably Rob’s Record Mart  too
Con as many friends and family as I can into buying it
Learn a massive amount about putting together a project
Repeat until financial solvency or clinical depression occurs

Right at the tail end of last year I did some pre production at Old Library Studios, Mansfield with producer Mark Allsop, and a couple of weeks ago I laid down guitar tracks for 31/2 songs.

Here’s the songs I originally shortlisted

Let’s Build An Airport
The Weight Of Glory
Better For Me If I’d Never Been Born (demo of this will be up soon)
[Everything Is] Broken
Brother Bull (I never did a proper demo of this, but will post the live preproduction version)
The Morning After The Day You Saved The World
and two versions of I Got Lost

Having now dropped Weight of Glory and Morning After, five songs remain. The four that fit together best/turn out well will go on the EP.

I’m really benefitting from having another pair of ears go through the songs with me, and making some edits, subtle and otherwise! My pace of writing has been so quick last year, that some of these tunes were finished, recorded and then never played again!

Any questions let me know.

Here’s a sneak peak behind the scenes…

It’s been a long time since I last blogged – I’ve been playing with Balkan Gypsy Wedding Band Aistaguca (imagine if Kool & The Gang came from Serbia) and I’ve also started recording an EP!

I did preproduction on 7 tracks with a view to narrowing it down, and here’s one that didn’t fit in with the mood of the record but still turned out OK – The Weight Of Glory

You can download a live version recorded at Grace Church a few years ago, get the chord sheet or find out what inspired the song