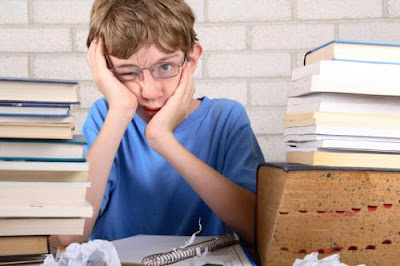 What I learned about myself and writing

Each song builds on all the others

Like Whistler in his court case and the legendary consultant who charged a fortune for chalking an ‘x’ on the defective machine, each song I write in 2011 has in one sense taken me 28 years to write, building as it does on all the experience (musical, theological and exegetical) I’ve gained to date. So there’s no reason why I should agonise over each new song for months or even years.

I need to write too fast

I’m by nature an over analyser so the breakneck pace of FAWM is a great corrective for me.

Writing fast need to be balanced by times of reflection

The one thing you absolutely do not get from FAWM is the time to step back an evaluate. This is a good thing, but there needs to be some evaluation at some point.

Pushing the envelope of who you are as a writer sometimes takes longer. I think the Beatles could have written 20 She Loves You during FAWM without breaking a sweat but I don’t think they would have made many A Day In The Lifes. I struggled with both my piano chops and recording/mixing ability during this FAWM. Other minor evolutionary leaps just happened, colourful plume here, an extra toe there… But sometimes the next big thing takes time…

What I learned about FAWM

It’s all about the song and only the song.

In the real world I might judge someone on image and discount them without hearing a note. That kind of filter is irrelevant on FAWM. Sure, the guy is a thrash metal guitarist, but that song might just as easily be a lullaby for his baby, or folk tune about bees played on a mandolin. I’ve been impressed by songs from 16 year old schoolgirls and 50 year old bluesmen. I was shocked to find out one of my favourite silly songs was by the writer of one of my favourite serious songs.

Everyone is on the same page

It’s not just the power of gathering a bunch of songwriters together. In the real world one songwriter might be trying to crank out songs, while another is doing preproduction for her album, and a third is not writing anything cos they’re in touring mode. On Planet FAWM every man jack is trying to write a lot of songs and write em fast. Stylistic posturing, and oppressive quality control go out of the window and everyone is open to any kind of bizarre challenge, random title generator, chord progression concept, co-writing offer or feedback that can help them get to the magic 14 songs. In short everyone’s grateful for any songwriting bone you’d care to throw them.

Would I recommend FAWM?

I’m more convinced than ever that writing a lot is the only way to learn how to write. If you go for quantity you will get quality eventually. Hold out for quality and you’ll probably get neither. Participating in FAWM WILL make you a better songwriter.

Download all my FAWM songs for free!!!
Other free songs by Matt Blick