(Update: A special welcome to all those visiting via Twitter.
When you’ve finished reading this post why not check out some other highlights?)

Pat Sczebel is an associate pastor at Crossway Community Church, British Columbia, Canada who says “I don’t consider myself much of a songwriter”. His son Joel has also written worship songs for Sovereign Grace.

What was the initial inspiration for ‘Jesus, Thank You’?

I don’t have any specific method that I work from. Most of my songs begin in a quiet time with the Lord or on my way to or from the church office worshiping the Lord as I go.

I was having a time with him and freshly amazed by his mercy… pondering the mystery of the cross. The verse was my asking why? Why would You, the perfect Holy God make a way for me a sinner to be reconciled? The chorus was the only appropriate response to mercy… JESUS THANK YOU!

The first verse and the chorus pretty much came all at one time – I don’t think there was any adjustments at all but several were made on the 2nd verse. It started with 2 verses and then my son wrote a 3rd verse which I thought was the best one and then in the recording process some of the guys felt that it was too long so they cut my son’s verse.

How long did the song take to write, from initial idea to final draft?

The 1st verse and chorus – 20 minutes [but] I probably spent 6-8 months writing the rest of the song. It was still in process right up to the time of recording it on Worship God Live.

How much rewriting did you do?

There was a lot of rewriting the 2nd verse. I find it can always be difficult to know where to go after the first verse and chorus. It’s crucial that you hold on and wait for the right lyrics rather than settling for something that has been said many times before. I think that’s our greatest temptation – settling for lyrics that have been used in many songs instead of doing the hard work of coming up with a fresher way of saying it. 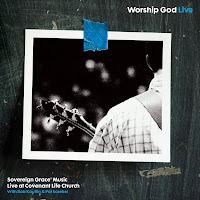 How did the song come to feature on the Worship God Live CD?

There is an interesting story! I had sent it [to the Sovereign Grace songwriting panel] about 6 months before a songwriters retreat. One of the guys at Sovereign Grace told me that the song was lacking on many fronts and he suggested I file it away and use it here locally if I thought it worked but that was about it.

I attended the songwriters retreat with 3 other songs, all of which they thought were pretty rough and in need of some help. Feeling a little sorry for me Bob Kauflin asked if I had anything else. I mentioned that I did have one other song but that I had already sent it in and another guy on their staff said that I should file it. Bob asked me to sing it and was very encouraging and felt that it needed to be recorded.

You just never know what God will do with your stuff!

Welcome to an occasional series highlighting some of the songs we sing at Grace Church Nottingham. First up, one from the Sovereign Grace group of churches written by Pat Sczebel and featured on the CD Worship God Live.

(Update: read an exclusive ‘behind the song’ interview with Pat here). 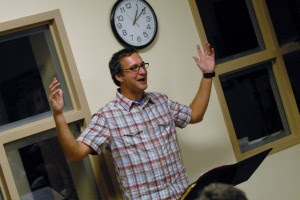 The mystery of the cross I cannot comprehend
The agonies of Calvary
You the perfect Holy One, crushed Your Son
Who drank the bitter cup reserved for me

Lover of my soul
I want to live for You

Thanks to Nato Etire for putting this post together. 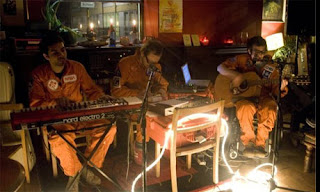 By the time this post goes live my former workmate Rob Maddison, should be getting ready to take the stage at Glastonbury with his band Spaceship Are Cool.

Rob recently wrote an article for The Guardian newspaper about adjusting to life in a wheelchair after a spinal tumour left him paralysed from the chest down. However his music career is going from strength to strength (as the Glasto-gig proves) and he still manages to find time to play drums in a second band Yunioshi.

How does he do that? Glad you asked…

If you head over the the Spaceship’s website you can download an exclusive free track Closer Than You Think. It’s a heartwarming slice of sunny sci-fi instrumental pop fuzziness.

A classic driving song for 29p!

Lots of people have lots to say about Michael Jackson. All I want to say is that he recorded one of my all time favourite songs…

From the band that filmed a video in the back of a moving van, here are Mute Math playing a single from their first album – backwards. You can watch a short ‘making of’ documentary, buy the song here

or preview tracks from their upcoming second album, Armistice. 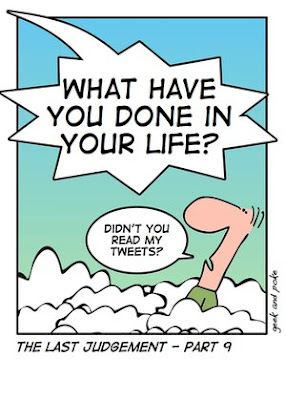 Now into his sixties John Piper seems set on not growing old gracefully. Here he shares his reasons for joining the ranks of twitter users. (If you’ve been in a cave for the last couple of years twitter is a microblogging platform – like a halfway house between your facebook status and a mini blog in which you’re limited to 140 characters).

Though others are commending twitter (“Twitter has changed my prayer life” – Al Mohler) and crediting it with power to bring political freedom to Iran, only Piper would write a ‘tweetable’ poem.

The sovereign Lord of the earth and sky
Puts camels through a needle’s eye.
And if his wisdom see it mete,
He will put worlds inside a tweet.

I don’t think I’ll be tweeting anytime soon though.
I’d probably be more like Tedashii than Piper.

Related Posts: Best album of 2009 (so far)
A conversation with death 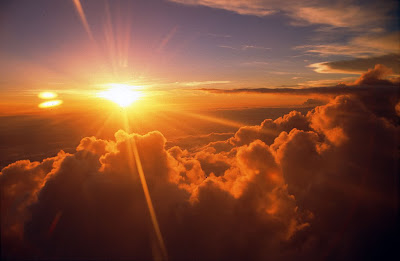 Not only is Mark Altrogge a masterful & prolific songwriter, but he is also a genius at notices. Watch him big up the tech team, and destroy Bob Kauflin’s reputation in a single blow.

(BTW – shout out to the GCN PA team. The best tech guys this side of the resurrection).

Stef Liston recently gave an excellent talk on Charismatic worship at a recent CCK worship school. Stef has been part of a charismatic church since the days when there were “more tambourines than people” and knows his stuff.
He covers things like:

By way of a recommendation, we have practiced many of things Stef is advocating at Grace Church  for the last seven years. Even now, with a morning congregation of 250, we plan 2 songs max. For many years it was 1 (or none). All prayers, prophecies, songs come from ‘the floor’ assisted by about 10 ceiling mounted mikes. When people speak, we generally stop strumming. This may interrupt the musical flow, but the Holy Spirit doesn’t seem to mind!