Last Sunday I had the privilege of preaching from 1 Corinthians 14 at my home church on understanding and handling spiritual gifts.

My focus was on what spiritual gifts are for, how they should operate in a public meeting and clearing up some particular misconceptions around prophecy and tongues such as –

The fear of uninterpreted tongues
Is Paul forbidding the whole church singing or praying out in tongues?
How do you know your prophecy is from God?
Should we speak in tongues if unbelievers are present?

Related Posts: The Gifts of the Holy Spirit (Three Sermons)
Lead guitar is easy.
Watch the amazing Gabriela put the rhythm back into rhythm guitar.
Brenton Brown saw it first
Well you wait all year for a sermon on Spiritual Gifts and then three come along at once.
All three come at the subject from a different angle. I’ll try to post more about the content soon, but for now here are the links…
Adrian Warnock The Gifts Of The Holy Spirit (1 Corinthians 12)
Stef Liston: Charismatic Worship (1 Corinthian 14:26)
Stef Liston: Q&A
Matt Blick: Understanding & Handling Spiritual Gifts (1 Corinthians 14)
.
Read about the other two here 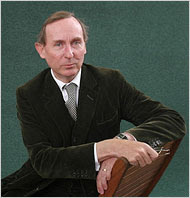 Novelist and biographer A.N. Wilson gave a recent interview in New Statesman where he explained his return to faith from atheism. What exact kind of faith he has returned to is debatable – it sounds like theism or liberal Christianity – but the reasons for his disenchantment are fascinating.

Even though He say he struggled with the fact that “religious people aren’t cool” and felt “embarrassment at being in the same gang as people whose views sound…absurd” it was the example of believers (in the broadest sense) that was one of the principle things that led him to abandon atheism as a way of life.

“I was drawn, over and over again, to the disconcerting recognition that so very many of the people I had most admired and loved, either in life or in books, had been believers…a life like Gandhi’s, which was focused on God so deeply, reminded me of all the human qualities that have to be denied if you embrace the bleak, muddled creed of a materialist atheist. It is a bit like trying to assert that music is an aberration, and that although Bach and Beethoven are very impressive, one is better off without a musical sense…When I think about atheist friends, including my father, they seem to me like people who have no ear for music, or who have never been in love”.

The example of believers stood out in more profound ways too “one thing that finally put the tin hat on any aspirations to be an unbeliever was writing a book about the Wagner family and Nazi Germany, and realising how utterly incoherent were Hitler’s neo-Darwinian ravings, and how potent was the opposition, much of it from Christians; paid for, not with clear intellectual victory, but in blood. Read Pastor Bonhoeffer’s book Ethics, and ask yourself what sort of mad world is created by those who think that ethics are a purely human construct. Think of Bonhoeffer’s serenity before he was hanged, even though he was in love and had everything to look forward to”.

I guess some Christians are cool after all.

Dawkins and Hitchens have issued a response… 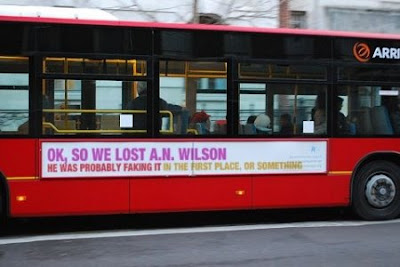 I don’t know if this is the best way to deal with a heretic but it sure is fun to watch! 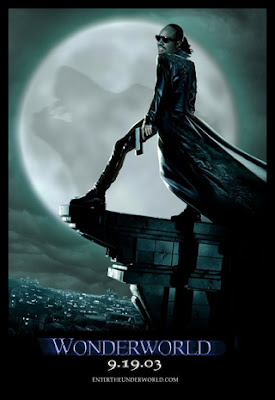 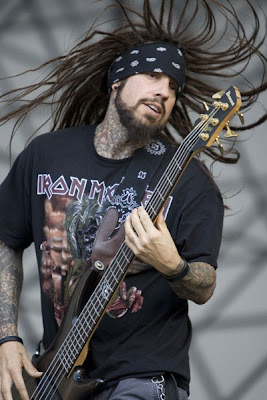 Heavy Metal bassists aren’t know for their literary prowess but Reginald ‘Fieldy’ Arvizu of Korn has recently published his autobiography Got the Life: My Journey of Addiction, Faith, Recovery, and “Korn”

chronicling among other things his conversion to Christ which took place as a “slow process” over three-and-a-half years. This remarkable event follows on the heels of the conversion of Korn guitarist Brian ‘Head’ Welch in 2005. 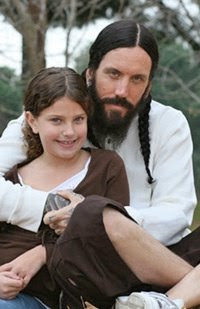 Whereas Head left the band primarily to be a full time single parent to his 6 year old daughter, Fieldy is remaining in the band. Here in an interview on beliefnet.com he explains his strategies for avoiding temptation on the tour…

When I first made my change, I was thrown right back out on tour into that dark circle of partying and all that, and I didn’t have a problem with it. I would just change my schedule to working out in the daytime and going out and seeing the city—just flipping my schedule around so I’m not just sitting around. Things tend to get more negative and dark at night. It’s a waste for me to be out there sober and hanging out with a bunch of people partying.

Asked for advice to those struggling with addictions…

Remove yourself from wherever the craving is. If you’re in the kitchen and you’re craving some chocolate cake, go outside and go on a run or go on a walk…I’ve found one of the most powerful things for me that I turned to for a lot of years is in Corinthians 10, verse 11.

“The temptations in your life are no different than what others experience, and God is faithful. He will not allow the temptation to be more than you can stand. When you are tempted, he will show you a way out so that you can endure.”

Read More about Fieldy and Head

Check out the Book – Got the Life: My Journey of Addiction, Faith, Recovery, and “Korn” 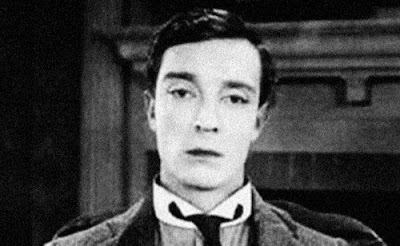 If you enjoy leading, tell your face

Not Only Is Zach Nielsen a great blogger but he’s also an amazing jazz pianist. Here’s Z improvising. JUST improvising. As you do. (sigh)…

Have a great weekend