Skip to the content
The only thing stopping Chris Spring being the most underrated Christian Singer/Songwriter in the UK is that he’s so far underground few people know he even exists.

Sure, he has 1525 friends on MySpace (which is roughly equivalent to about 74 real people) but his press link doesn’t work, the website link brings you back to his MySpace profile (try it – hours of fun!), Wikipedia suggests you try ‘Chris Spurling’ and Google thinks he’s an “Artist, writer & curator specialising in African art & culture”

His album The Universe Is Flat is without a doubt one of the best, and most fully realised debut albums ever released.

Everyone needs a hobby, so I’m on a quest to get Chris Spring the status he deserves as most underrated…etc etc.

Dave at RadarRadio has. His recent show features “Become Part Of The Crowd”, along with tracks from Sufjan Stevens, Derek Webb, Andy Gullahorn & Sara Groves. You can Download the show here.

I really believe that there is no church group writing more high quality congregation songs around today. Last summer I spent hours playing through various worship CDs collecting new ones to introduce at Grace Church Nottingham.

theologically vague/wrong
has too wide a vocal range for congregations

Sadly these 2 simple tests got rid of most of the songs I was considering from other church streams/bands! But from the 6 or so Sovereign Grace CDs only 3 songs got sifted out.

Two songs that have become absolute GCN classics are –

other recently introduced and well received or about to be introduced –

Out Of The Depths (Psalms) – Bob Kauflin
God Is Our Refuge (Psalms) – Joel Sczebel/Peter Gagnon
He Is Jesus (In A Little While) – Stephen Altrogge
Jesus, Thank You (Worship God Live) – Pat Sczebel

Hail The Risen King, At The Cross, How Sweet The Day, All That I Need, Isn’t He Good (all by Stephen Altrogge)

As Long You Are Glorified, Emmanuel, Emmanuel, It Was Love (Mark Altrogge)

I Surrender All – Pat Sczebel
For You Are Holy –Zach Jones

I’m assuming you already sing the old ‘Stoneleigh-approved’ favourites like Before The Throne Of God, No Eye Has Seen, We Rejoice In The Grace Of God,Most Holy Judge, Covenant Of Grace, You Are Beautiful Beyond Description…

…one drum solo at a time.

I give you Darren King, drummer from Mute Math
(courtesy of Vitamin Z)

In her book, A PRACTICAL GUIDE TO PRAYER, Dorothy Haskins tells about a noted concert violinist who was asked the secret of her mastery of the violin. The woman answered the question with two words:
“Planned neglect”.

Then she explained.
“There were many things that used to demand my time. When I went to my room after breakfast, I made my bed, straightened the room, dusted, and did whatever seemed necessary. When I finished my work, I turned to my violin practice. That system prevented me from accomplishing what I should on the violin. So I reversed things. I deliberately planned to neglect everything else until my practice period was complete. And that program of planned neglect is the secret of my success.”
That’s the thing about some big publishers. They want 110% from you, but they don’t offer to do likewise in return. To them, the artist is just one more noodle in a big bowl of pasta. Their business model is to basically throw the pasta against the wall, and see which one sticks. The ones that fall to the floor are just forgotten.

How To Be CREATIVE -Hugh MacLeod 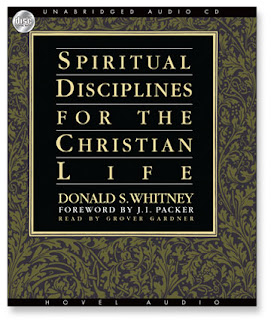 ChristianAudio.Com are giving away the audio book Spiritual Disciplines for the Christian Life by Donald Whitney for free during March.

I’ve been listening to it on the way to work and enjoying it. 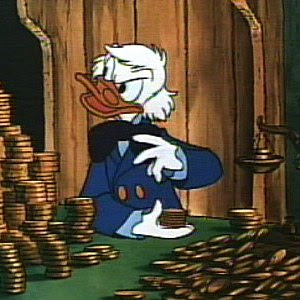 The music business giants are constantly appealing to the argument that if file sharing is allowed to continue, musicians will stop getting paid and will stop creating.

Here’s a few facts to consider

A great wealth of music was created for thousands of years before musicians received any income from recordings of their music (whether printed, analogue or digital).

The vast majority of musicians creating music today do not receive any income directly from their songs.

Most of today’s greatest artists wrote their breakthrough albums/song (often their best work) before receiving any income from writing.

Here are some myth busters about where the present income goes

When you legally download a song from i-tunes for 79p (99c) the artists receives 4p (9c). Apple recently stated that if they were forced to raise this to a whopping 7p (15c) they would shutdown i-tunes.

When an artist records a song for a record company THE RECORD COMPANY, NOT THE ARTIST, OWNS THE RECORDING

When an artist signs a deal with a publisher THE PUBLISHER, NOT THE ARTIST, OWNS THE RIGHTS TO THE SONG

Recording advances are recoupable from record sales and the master tapes remain the property of the record company.

Your bank gives you a mortgage to buy a house.
You pay off the mortgage plus interest.
Who owns the house?
The bank does.

That’s the way the record companies do business.

The more talented somebody is, the less they need the props. There’s no correlation between creativity and equipment ownership. None. Zilch. Nada. Actually, as the artist gets more into his thing, and as he gets more successful, his number of tools tends to go down. He knows what works for him. Expending mental energy on stuff wastes time. He’s a man on a mission. He’s got a deadline. He’s got some rich client breathing down his neck. The last thing he wants is to spend 3 weeks learning how to use a router drill if he doesn’t need to.

How To Be CREATIVE -Hugh MacLeod
I linked a few days ago to Steven Furtick’s blog. He wrote

“Some people fancy themselves as being “creative”, or ”creative-types” because they have a lot of ideas. Cool. You have ideas. So does my 3 year old. That doesn’t make you creative…An idea without implementation isn’t creation…

By definition, being creative requires that you create something“. 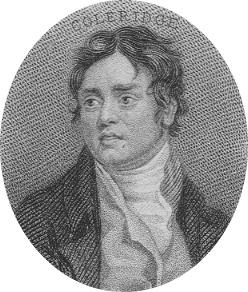 Coleridge is the supreme tragedy of indiscipline. Never did so great a mind produce so little. He left Cambridge University to join the army; he left the army because, in spite of all his erudition, he could not rub down a horse; he returned to Oxford and left without a degree. He began a paper called The Watchman which lived for ten numbers and then died. It has been said of him: “He lost himself in visions of work to be done, that always remained to be done.

Coleridge had every poetic gift but one–the gift of sustained and concentrated effort.” In his head and in his mind he had all kinds of books, as he said, himself, “completed save for transcription.” “I am on the eve,” he says, “of sending to the press two octave volumes.” But the books were never composed outside Coleridge’s mind, because he would not face the discipline of sitting down to write them out. No one ever reached any eminence, and no one having reached it ever maintained it, without discipline. 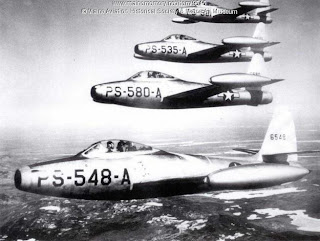 In 1946 an American farmer, Mr. Causby, attempted to sue the US air force for using his property. What were the USAF doing? Flying their planes overhead. The farmer reasoned that as he owned the land he also owned everything above it.

Contrary to popular opinion the farmer won, leaving the way open for endless wrangling about exactly how much air he owned, under what circumstances the air force would be allowed to use his air and how much the use of his air was worth.

A similar debate has been raging for the last few years over who owns sound recording (vibrating air you might call it). The recording industry would have us believe they do and, like Mr. Causby, the courts are on their side. They would say that file sharing is ‘killing music’ and if allowed to go on unchecked will result in artists not being properly renumerated, forcing them to stop creating and go and find regular jobs to support their families. All music creation will stop – killed by a legion of 12 year old Limewire users.

My belief is that the present copyright laws, not file sharing, are killing music (or at least attempting to throttle the life out of it). What kind of creativity could be unleashed if we stopped trying to figure out just who owns each particular piece of airspace?

Maybe this is a taste of things to come.

Ophir ‘Kutiman’ Kutiel, a 25 yr old Israeli funk musician and producer, has posted a project called Thru-You on the web. It’s an album completely made up of samples taken from YouTube and re-engineered into new pieces of music.

As one site says

“They’re not just patchwork assemblages, they’re sample-based original creations that could hold their own on anyone’s album…It’s a work of next-level genius”.

So who owns this music?

The publishers, who doubtless own the rights to some of the songs performed ?

Me (and everyone else who listens to it)?

I don’t know what the answer is. But what I do know is that my life is richer for the being able to hear this remarkable music and I’m glad Kutiman didn’t let the question of who owned the air stop him from creating it or sharing it.