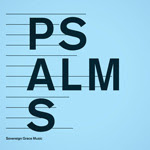 Sovereign Grace are selling their highly recommended CDs very cheaply during February and even halving the international shipping! 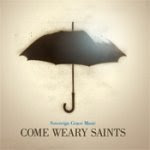 All CDs produced by Sovereign Grace Music (including Together for the Gospel Live, Psalms, Come Weary Saints, and Valley of Vision): $6 each 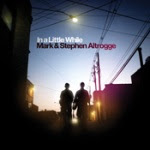 23 books (including Worship Matters, Worldliness, and Living the Cross Centered Life): $7 each. All books in the Pursuit of Godliness series: $4 each 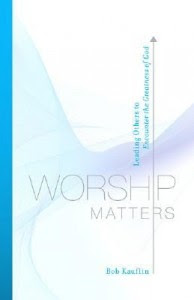 Grab yourself a bargain!!

…and just in case you think he’s having some case of seizure he’s actually ‘singing’ ‘Faith’ by Vanessa Bell Armstrong.

Here’s a list of the seminars available FREE from the Sovereign Grace website from their WorshipGod08 conference.
General Sessions

Here’s a list of the seminars available FREE from the Sovereign Grace website from their WorshipGod08 conference.

Band on the Run (Bob Kauflin) is a brilliant seminar for all musicians (especially keyboard players) and anyone who leads or arranges music. You can watch the seminar and download the notes here. You can also get the same seminar from the 06 conference where the theme is the same but the content is totally different.

The Task of a Worship Leader (Bob Kauflin) – For Worship Leaders (duh!) Bob preaches through part of his excellent book. Classic stuff.

When Leading Worship Is Your Second Job (Matthew Williams). A great roundtable discussion with a group of non full-time leaders. Topics includes ‘how much time should you spend preparing?’, rotas, team size etc.


What the Psalms Teach Us about Songwriting (Mark Altrogge, Steve & Vikki Cook)
Vikki wrote ‘Before the throne of God above’ and Mark wrote ‘You are beautiful beyond description’ and many others. It’s basically a ramble on the subject of songwriting, doesn’t really stick to the topic of the Psalms but well worth a listen, especially if you’ve never heard these masters teach on songwriting before.

Here’s a list of the seminars available FREE from the Sovereign Grace website from their WorshipGod08 conference.

Worship Team Checkup (Matt Mason)
Copyright Law and Church Music: The Eight Keys (Paul Herman)
Growing Your Team for the Glory of God (Jon Payne)
Maintaining Priorities in and around the Worship Team (Julie Kauflin)
Aimed at women who are either in the worship team or married to someone who is.

Pastors and Artist Musicians Working Together (Andy Farmer)
Training the Next Generation of Musicians (Ben & Nancy Chouinard)
This seminar is really about starting up a music school, so not really relevant to most people!

Here are four tips Brenton Brown gave in a seminar for Vineyard UK in Dec 2000.

Brenton says “Having been involved in four Vineyard recording projects [and] having sat on the song panel for three of those projects and listened to over 200 song submissions by song writers from Vineyards around the country, I’ve come to the conclusion that the challenge typically is not about melody or feel … Almost always, the panel will have to turn a song down because there are problems lyrically“.

2) Write extensively and freely before you start analysing what you’ve written.

“It’s far harder to re-engage in the creative process after you’ve been editing the first verse and chorus for the last hour. It’s like switching brains. So, try to have as much creative raw material to begin with as possible”.

Meaning read and meditate on what the Bible has to say about whatever you’re writing about. Use commentaries, concordances, listen to mp3 sermons etc

4) “Look for phrases and images that ‘re-express’ your main message”.

For example ‘Jesus, be the centre’ expresses the central concept 10 different ways.

from Song writing: The Importance of Good Lyrics and Song Vision: Brenton Brown

not really…but I think it applies

One would think, from the way in which God’s service is undertaken and performed, that it was a thing any man could do whenever he pleased, instead of being a thing high above us, requiring the constant aid and direction of his Holy Spirit. 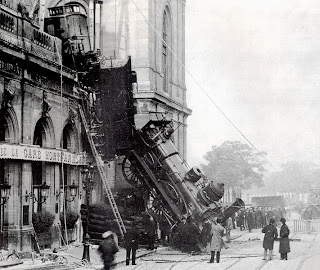 Train wrecks (of the musical kind) can be good for you. First, they’re funny when happening to others.
Two examples from my early years.
Rival band’s drummer starts gig standing on bass drums, twirling sticks and ‘making rock faces’ at crowd.
RBD slips and falls through the kit bringing the whole thing crashing down on top of him.
RB plow through opening song while RBD meticulously reassembles every part of kit.
RBD finally sits down ready to play just as first song finishes. Classic.
Local metal band play opening song.
LMB‘s guitarist snaps top E string during widdley-tastic solo.
LMBGP walks off stage to find another string.
LMBGP walks back on stage, then off the other side.
House lights come back up.
LMBGP temporarily abandons search to pose with LMB for a photograph for local newspaper!!
LMBGP finds string.
Gig recommences with same song.
It’s not just unknowns either.
King’s X @ Rock City, Nottingham.
Start song.
Bass player sings verse 1 while guitar player sings verse 2.
Both start laughing.
Band stops.
Band starts again.
Van Halen @ Hallam Arena, Sheffield.
Sammy Hagar sings a sensitive solo acoustic number.
SH plays wrong chord.
SH swears loudly while hitting wrong chord several more times in an unsensitive manner.
SH continues song.
Being part of a church that values the role of the congregation in leading worship we have more opportunity than most for spectacular train wrecks, usually around transposition. Twice I’ve managed to change to a new key on my guitar while my voice went to a totally different one. Once two members of the congregation started two different songs at the same time. A keyboard player auto-transposed for the first song then forgot to change it back for the next, playing the WHOLE SONG a semitone out! The favourite though has to be starting ‘The grace of God upon my life‘ a fourth away from the right key and being unable to get to the right one. Grinding to a halt after having sung
The grace of God upon my life
is not dependant upon me
on what I have done or deserved
was priceless!
Good for the Spirit
That’s the second reason train wrecks can be good. They are powerful reminders that our worship gatherings are more than
musical skill + good planning + adequate rehearsal + good content
We’re not trying to build atmosphere or even have a great meeting, but rather welcome the Spirit. And, praise God, He is not frightened by our musical disasters.
If he was he would have left Grace Church long ago.
So if you happen to be the cause of a major derailment next sunday, give thanks that,
it was only a regular sunday morning not anything like, oh I don’t know, a major worship conference
No one was recording, much less filming it
Someone like Bob Kauflin wasn’t around to post it on his blog for all to see